Women still the cornerstone of society

In a glittering ceremony held at the Eldorado Park Secondary School on January 28, women from Eldorado Park were treated to an event which aimed to unite women in the community through motivational speeches and anecdotes from the hosts.

Natalie Abrahams, motivational speaker, life coach and ordained pastor and author inspired all present with an encouragement to women to be kind and supportive to each other. Abrahams reminded women that their dreams are within easy reach and said, “God did not create women for comfort, but for adversity.” 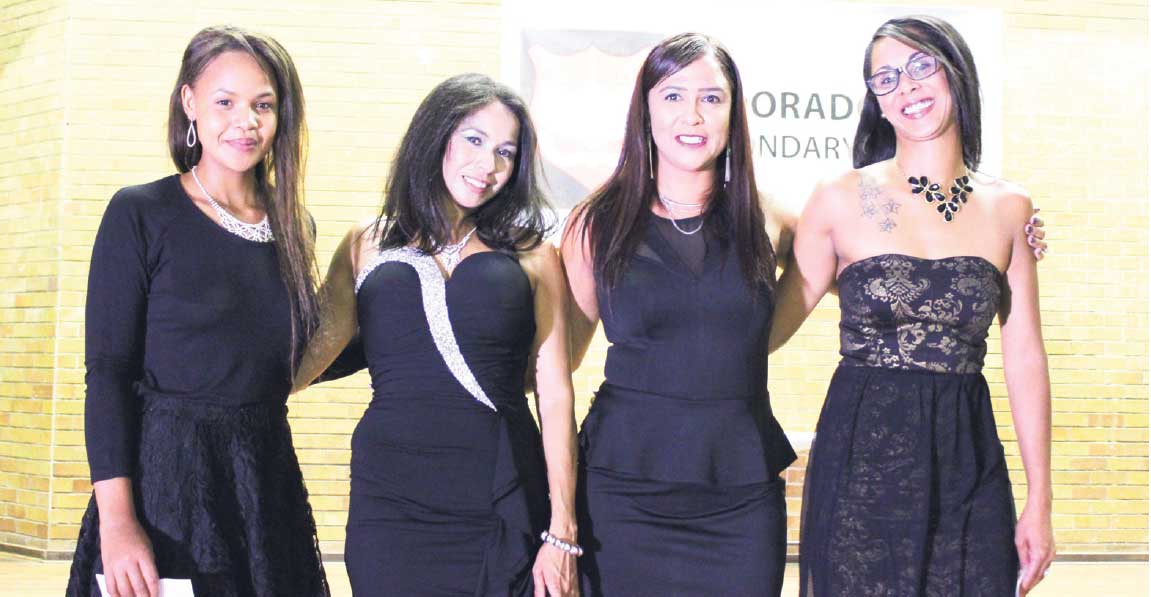 Ray Williams and Natalie Abrahams flanked by recipients of a coaching session.

“Your brain interprets fear as an instruction and this manifests itself in your life. If you do not alter your mindset, you cannot change your life.”

There were tears aplenty as women in the audience told of personal crises they have had to endure in a society where women still face an uphill battle in various spheres.

Deon Bloemstein, who emceed the event, focused on destructive relationships and urged women to know their worth by being selective about the relationships they invest their energies in.

Bloemstein said, “Life is about priorities and options. If you’re a priority, you will not allow yourself to be an option.” “Know your true value and refrain from being around people who make you feel like you’re hard to love.”

Abrahams urged the audience to support each other and to present a united front in the midst of discrimination against women which characterises South African society. Video footage and pictures of the event can be seen on our website at www.westside-eldos. co.za.

Ray Williams, from Tilulu Arts and Culture took to the podium, telling her story of abuse, being homeless and clinging to an unfulfi lling job while trying to raise her children. The women present gave testimonies of their own lives and the struggles they have had to overcome.

Ray Williams has endured many turbulent struggles in her 41 years. From an abuse filled marriage to witnessing her ex-husband’s decline due to drug addiction, and losing a child, she has reinvented herself and devotes her time to giving inspirational motivational talks to women facing the same battle.
She tells of being left penniless and virtually homeless after an acrimonious divorce and finally accepting that the white picket fence dream she nurtured, had been irretrievably lost. Williams established a Non-Profit Organisation called Tilulu Arts and Culture through which she aims to reach at-risk teenagers and women in abusive relationships. Formerly a buyer at an engineering firm, it took losing everything for
her to realise that she needed to let go of material possessions and give back to the community which raised her. An ardent writer and artist, she quit her job to pursue these passions and aims to empower women and those in need through this passion. She says, “As a child, writing and drawing was where I sought an outlet. Focusing my energies on art made me feel more fulfilled and I knew that I could give back to my community through this avenue.”
Williams partnered with motivational speaker, author and life coach, Natalie 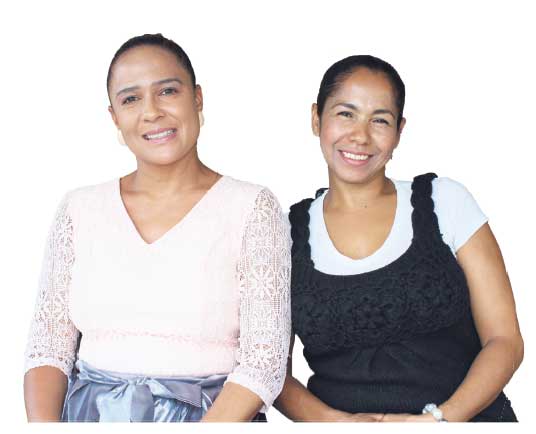 Natalie Abrahams and Ray Williams working together to unite women.

Abrahams and the pair have hosted similar events at various schools in Eldorado Park, including
Missourilaan and Eldorado Park Secondary schools.
Their next event is scheduled for January 28 at the Eldorado Park Secondary School Hall. The
theme is ‘Women United’ and they aim to get women together, sharing experiences and being empowered to take charge of their own destiny. Proceedings will start at 530pm and tickets will be charged at R100 at the door or via Abrahams’ e-mail facility at virtuouswconnect@gmail.com. Attendees can also like their
Facebook page called ‘You Matter’. Interested parties can view Williams’ website at www.tilulu.co.za for further information.

A video clip of Ray Williams and Natalie Abrahams can be seen on our website at www.westside-eldos, providing more insight.